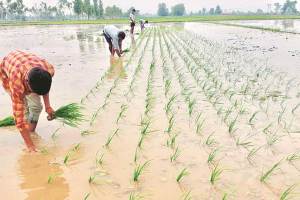 By Deepak Sharma New Delhi: As rains in India gathered pace this month indicating a bountiful Monsoon, farmers across the country, taking advantage of increased soil moisture, have increased the area under plantation. As per the data made available by the Ministry of Agriculture Cooperation and Farmers’ Welfare, […]